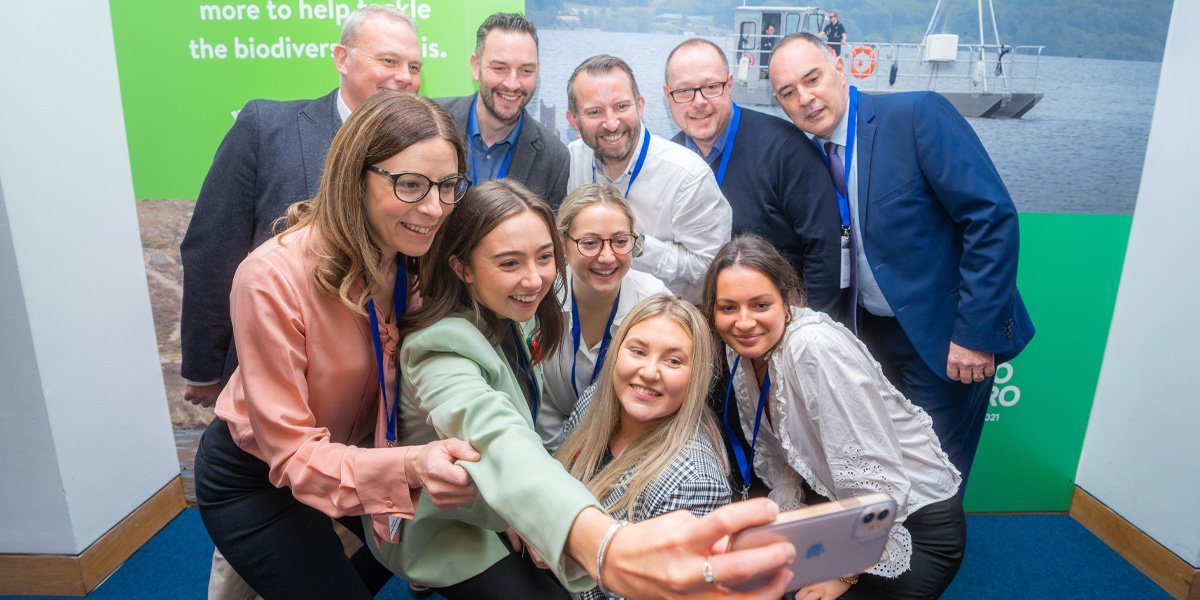 A year in review

What we’ve achieved and where we’re going.

Fuel Change launched its inaugural Challenge in August 2020 amid the pandemic. Initially, we thought our Next Generation were engaged and ready to tackle climate change; we just needed to give them a platform. In reality, we were wrong. A vast number of our future workforce thought it was someone else’s problem to fix.

The 20 apprentice teams excelled throughout the three sprints. After completing the Challenge and appearing at our National Showcase event during Scottish Apprenticeship Week in March 2021, all apprentices received the go-ahead to develop their ideas.

After over nine months of continuous lockdowns, many of us kick-started 2021 with a lack of motivation for day-to-day tasks, let alone the motivation to tackle one of the world’s most pressing issues – climate change.

However, the success of our first Challenge ignited a spark within us. It gave us hope that by collaborating with educators and businesses, we can arm our future workforce with the skills, knowledge, and passion to help Scotland towards its target of Net Zero by 2045.

So, what came next?

In May, we partnered with Innovation Centres, The Data Lab, CENSIS, CSIC, PNDC and BAE Systems, Arcola Energy and DER to launch our second national Challenge for apprentices and graduates.

We also launched a pilot programme with Larbert High School to infuse climate education within the entire curriculum, ensuring that all pupils had the opportunity to be educated about climate change, which has since led to a more extensive pilot programme across 21 local schools.

Teachers at the pilot schools will play a key role in developing the framework, which will see climate change messages and learning built into lessons across all subjects, ranging from geography, maths and sciences to drama, English and modern studies.

In September, we challenged the brightest young minds from Scottish marketing and communications agencies to create a global climate change campaign that engaged and inspired fellow 16 to 24-year-olds. The teams presented their campaigns at Arnold Clark Innovation Centre, and the winning team – Changing Tides – showcased their ‘Off Season’ campaign on the stage at the New York Times Climate Hub during COP26.

In November, all eyes were on Glasgow as COP26 took place. We were lucky enough to hold our very own Fuel Change showcase within the Scotland Climate Ambition Zone at the Lighthouse on Mitchell Lane. Cabinet Secretary for Net Zero, Energy and Transport Michael Matheson announced £500k funding to back our plans for the future.

So you’re probably wondering, what now?

With a current reach of over 21,000 young people across Scotland, we’re ready to scale up. We recently launched our ‘Big Tonnes’ Challenge, the challenges were set by Arnold Clark, ArkDeFo, Scottish Water, Intelligent Growth Solutions, CBI, Jacobs, AECOM and Transport Scotland, but it doesn’t end there.

The pressure is on and our ambition to be active in ‘Every School, Every Workplace, Everywhere’ is essential now more than ever to hit the countries Net Zero targets.

We aim to create a carbon-neutral future for the Next Generation – designed by the next generation.

But, we can’t do this alone.

By 2025, we’ve set out some goals which will help us Fuel Change within organisations and beyond:

Equip the future workforce with the skills to create change – through regional and national apprenticeship challenges.

Position climate literacy at the heart of national curriculums – across all subjects, in all schools.

Collaborate with industry and drive change from the inside-out – partnering with 100 businesses, big and small.

Expand a network of young climate advocates across borders – growing a global movement in 30 countries.

If not you, then who?

We want to recognise and thank the Fuel Change challengers and their employers, the mentors, challenge setters and everyone that has backed us so far for their continued support.

However, to make real change, we need everyone to play their part. Get in touch with us at hello@fuelchange.co.uk if you are ready to change the world.