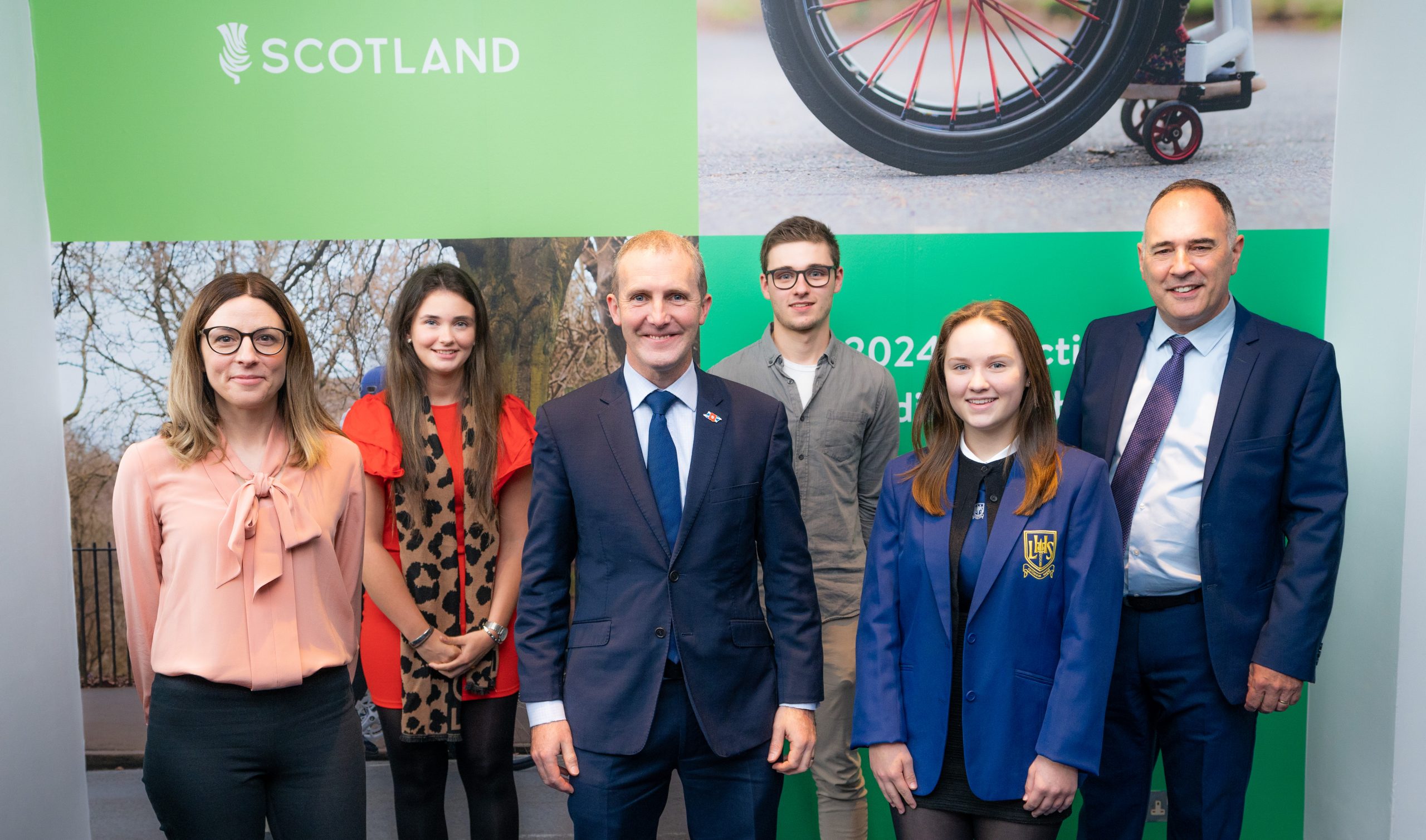 Scottish social enterprise Fuel Change, set up to give 16 to 24-year-olds a meaningful voice on the climate crisis, has secured a £500,000 funding package from the Scottish Government to help it reach even more young people.

The not-for-profit organisation aims to engage young people from all walks of life and empower them to create a carbon neutral future for themselves and future generations, with the emphasis on action and not just talk.

Built on the belief that the climate crisis can only be averted if every young person is actively playing a part, Fuel Change has already brought 500 young people together with businesses to develop low carbon solutions to real-life problems, including the recent Grangemouth Net Zero Challenge.

Its progress will now be accelerated with the Scottish Government funding, which will be used to scale-up the organisation and reach many more apprentices, students and other young people.

Net Zero and Energy Secretary Michael Matheson announced the funding at a Fuel Change showcase at Scotland’s Climate Ambition Zone in Glasgow, as the organisation launched its new mission to be active in ‘Every School, Every Workplace, Everywhere’.

Fuel Change’s chief executive David Reid said he believes much more needs to be done to engage the next generation in taking positive action and changing behaviours.

“If young people aren’t involved in tackling climate change, we won’t fix it,” said David. “There is a general misconception that the next generation, those under 24, are fully engaged and active on climate change action. This couldn’t be further from the truth. The majority are in fact disengaged because they feel the task is impossible and they can’t or don’t know how to make a difference.

“The Scottish Government recognises the need for a different approach to engaging the mainstream who need a platform to help solve the problems they will inherit. Their funding will kickstart and support a ground-breaking programme which could have a global impact.

“Governments have an opportunity to follow the Scottish Government’s lead and do something positive to involve our young people – not just the Gretas of this world – but mainstream young people right across society, from disadvantaged backgrounds to more affluent ones.”

Net Zero and Energy Secretary Michael Matheson said: “Our just transition to net zero must be a collective effort and the best solutions will be arrived at through us all working together in collaboration. This is why the Grangemouth Net Zero challenge initiative has been so inspiring – it has empowered young people to push themselves to understand some of these challenges and to think about creative solutions for us all.

“I am therefore delighted at plans to expand the programme and pleased to confirm that the Scottish Government will support Fuel Change over the coming year, helping them to scale up and continue to provide a platform for young people to become truly involved, and inspire them to develop low carbon solutions to the challenges faced by industry.”

The main aim of Fuel Change is to help hit the target of a low-carbon Scotland by 2045 by asking young people to create real solutions, which can be implemented by companies and potentially across the world.

More than 500 young people from companies including bp, Forth Ports and Balfour Beatty have already taken part in real-life climate challenges over the past year with Fuel Change.

Teams work with mentors to come up with solutions to carbon issues set by businesses such as INEOS, with topics ranging from sustainable manufacturing and plastics to heat energy and the circular economy.

A recent study by King’s College London* suggested that it’s the younger generation, rather than older, which is most resigned to the impact they can have in tackling climate change.

“When we set up Fuel Change, with a vision of creating a zero-carbon world, fuelled by the next generation, we believed most of our young people were engaged and desperate for a platform to do something about the climate crisis,” said David.

“In fact, we found 10% were indeed engaged, a fifth were keen to do something but didn’t know how, another fifth thought it was someone else’s problem and the remaining half were completely disengaged and not inspired. A feeling of hopelessness and that it’s too late is the reality for many young people and that then stops them doing anything about it.

“The answers to climate change lie with the next generation, which we have seen through the fascinating solutions and ideas our brilliant young people have come up with as part of our challenges.

“Our approach is different – it is one of optimism, led by the mainstream of our next generation who bring faith, hope and spark to the table, all delivered with a dose of good Scottish gallus.”

Fuel Change recently launched a pilot programme with schools across Scotland, which is developing climate change material for use in every subject on the curriculum. It aims to roll this out to 10,000 schools over the coming years.

“We need to educate pupils on climate change at the earliest possible opportunity, shape behaviours before they become ingrained, give them a platform to spark fresh ideas and above all, give them faith that there is hope for their future,” said David.

“We must have ambition if we are to make a significant difference and put Scotland on the climate change map. We want the climate emergency and clear action by young people to be part of every school, every workplace, everywhere.”